~~~
Athens-Cine is a movie theater in downtown Athens, Georgia which has the most unusual and diverse film showings such as you might find in a much larger market. Athens is a university town so the theater is a popular entertainment hotspot.

And believe me, this doc and film hub fills a woefully empty place in the cinema schedules of Athens!

Food, Inc., an expose of the seamy underbelly and profit motives of America's fast-food hamburgers, fries, shakes, and their purveyors;

In The Loop, a hilariously comedic look at the US-UK relationship as skewed through a political lens; (politics manages to skew everything it touches, doesn't it?);

and...Sept 22's theatrical readings by Athens writers from the days of last century's Cafe Apollinaire of Paris, when avant-garde leader Guillaume Apollinaire coined the term 'surrealism'. Athens-Cine will also present the world premiere of a documentary about Atlanta rock band, the El Caminos, and more.

So if you happen to be in Athens during the September 22 Autumn Equinox, you're cordially invited to partake in the evening's celebrations with Athens-Cine's full bar of liquid refreshments at your beck and call! 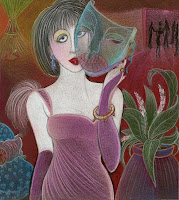