"The path of least resistance and least trouble is a mental rut already made. It requires troublesome work to undertake the alternation of old beliefs. Self-conceit often regards it as a sign of weakness to admit that a belief to which we have once committed ourselves is wrong. We get so identified with an idea that it is literally a "pet" notion and we rise to its defense and stop our eyes and ears to anything different." John Dewey

I'll say! And now here's an example of my own well-worn paths of least resistance leading to a temple of old beliefs! 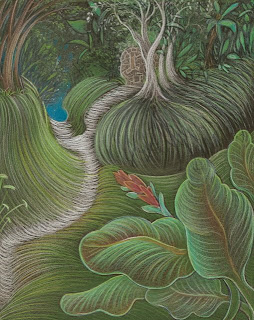