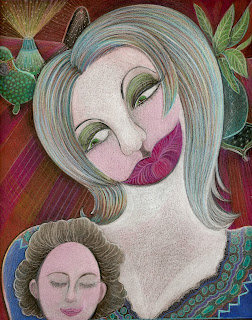 Thanks, Julie! All my Blogger blogs have non-working Recent Comment feeds at the moment so i just found your comments here.

i think my first-ever info on the 4main asteroids of feminine archetypes included Pallas as the daughter...yet you use asteroids so often in your work that i bow to your expertise! ;p