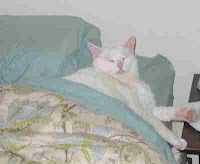 Update Monday June 8: over the weekend I heard some news that American Idol voting had some squirelliness attached for viewers who intended to vote for Susan Boyle - which means she probably should have won - my intuition exactly!

Spending some time updating blogs including this one...added Google's Search This Blog feature at top of the sidebar column but it slows down loading so the search box will be moved lower in column to see if it speeds things up.

Hopefully, both readers of this blog will alert me if they have problems with its loading or with other tech things around here!

And Susan Boyle didn't come in first in the Britain's Got Talent competition. Was she robbed as was Adam Lambert on American Idol? Both have the stronger, more enticing voices in their respective contests, but sometimes there are other mysterious considerations...just like in Washington DC where things often work out in weird and unexpected ways in spite of all common sense.

After the search box is relocated, it will be break time since it's the weekend and a lovely one for weather in Georgia, it must be said. Today was as perfect as it could be and it's very very green here from recent rains!

Perhaps I'll take a nap like Grace you see in the photo - catchin' some zzz-z-z...

Sunday's Quick Astrology Update: see sidebar column under image: 'A Large Disappt'd Audience' for 2Hrs' new feature: 'Mythology of Astrology's smaller bodies' in time for Pres. Obama's historic journey to Cairo, Egypt, June 4, 2009, and you may want to check today's post on his trip at Jude's Threshold where I sassily bring up the topic of shamanism or priesthood in relation to the president's trip to mysterious ancient lands.
Posted by Jude Cowell at 8:33 PM